No products in the cart.

The summer after my sophomore year in college I was going through a few personal challenges and really questioning the direction of my life. I actually felt like I was really letting God down. I knew I was here for a purpose (as we all are) but the path to my purpose was so unclear. I was not excited about my major (Accounting and Business Administration). I had just gone through a break-up and was not enthusiastic about getting out there again. And my beloved cat of thirteen years had recently been brutally killed by a couple of dogs roaming the neighborhood. I was devastated by this sudden loss.

I knew God would want me to trust his plan for me, but quite frankly, I did not feel up to the challenge.

One summer afternoon, after a morning of cleaning stalls at the barn where I worked and boarded my horse, working out, and doing homework, I decided to take a quick power nap before heading to an afternoon class. I laid down on my bed and nodded off quickly. When I woke up a few minutes later I was surrounded by golden light. Standing around my bed in a horseshoe shape were six very tall beings whose heads nearly touched the ceiling. I heard singing as if a choir was holding a note. I was not scared, just bewildered. The volume of the singing came to a crescendo quickly and then abruptly ended at the same time the beings disappeared. I rubbed my eyes quickly in complete confusion. What on earth was that? I noticed I felt lighter. I felt good. I felt energetic for the first time in a long time. I became aware of a thought. The thought was a message: “God is not disappointed in you, God loves you. Go now on your way. You will be fine.”

God had sent his Angels to raise my vibrations to a higher level, but back then I had no idea what raising your vibration even meant, nor did I know anything about the world outside of what we can physically see. At least nothing beyond what formal Christianity teaches. In fact, I’m pretty sure I would have run screaming in the other direction at that point in my life if somebody had tried to explain it to me. I was in college in the middle of the Bible belt. That stuff didn’t fly there!

I couldn’t stop thinking about what I had experienced. I kept asking myself, did that really happen? Did I really see lighted beings standing around me almost blinding me with the sheer intensity of their light? I didn’t dare tell any of my friends, it felt too personal to share. But after that afternoon, things really did begin to change for me. I was happier and enthusiastic about getting back out in the world.

Eventually, I realized I had to tell somebody. It was all too real, and I needed to be able to talk about it. I told my parents first. They told me to talk to my grandma. They reminded me she had seen her guardian angel years earlier when I was still in high school and had begun doing loads of research on Angels after her experience. I remembered her telling me about it, but being the horse-crazy, boy-crazy, teenage girl I was, I did not give it the credence it deserved.

When I spoke to her about my experience she began telling me about all the research and books and stories she had found citing similar encounters other people had described. Most similar was the intensity of the light of these beings. Although it seems they often came in many different sizes. Grandma described the being she encountered as about three feet tall, but also made entirely of white light. No features other than the shape of a head. I knew we had both seen Angels and this knowledge brought me enormous joy.

Looking back at the challenges I faced over the following five years, I am so grateful for their visit. I feel it was a highly necessary visit designed to raise my vibration to an extraordinary level to give me the strength to face the future and remain in-tune with God and myself.

Over the next year, I witnessed the loss of many fellow college students at the hands of a plane crash, a car crash, and the tragic collapse of the Bonfire at Texas A&M University. Not long after, Honey, my horse and best friend since age eleven, passed away suddenly just after I had completed an internship with a large accounting firm. During my internship, I became more and more aware of how wrong it felt to be going into the field of Accounting. Every cell in my body told me it was wrong for me. I had never wanted to be an accountant, but all the other options didn’t quite feel right either. I was good at it, I liked numbers, so I just kept going. Honey’s death clarified my priorities in life.  I did not want to work for a big accounting firm, eighty-five hours a week, never seeing my family. The very thought of it felt suffocating. Life was too important. So, I graduated with my bachelor’s in Accounting and Business Administration the following summer with the intention of taking time to find myself.

Instead, I fell in love. I was swept off my feet… and swept far away from finding myself. 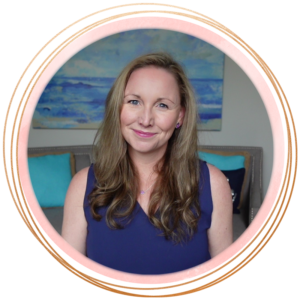 A little bit about me

Welcome to my Blog!

Hey there, I’m Devon. People often ask how I got into the field of teaching intuition. I was on this path from a very young age. However, it took multiple profound experiences with animals, Angels, and dreamwork to cultivate an understanding of how I use my intuition not just for making big decisions, but in every small action I take in my day-to-day life. I would love to share some of these experiences with you. So here it goes…

Your inner voice is calling out to you. What is it telling you?

If you join my newsletter you will get access to:

PLUS My Current Newsletter Exclusive Offer: a FREE PDF of my E-Book Is It A Sign?

When you join my newsletter you get access to: 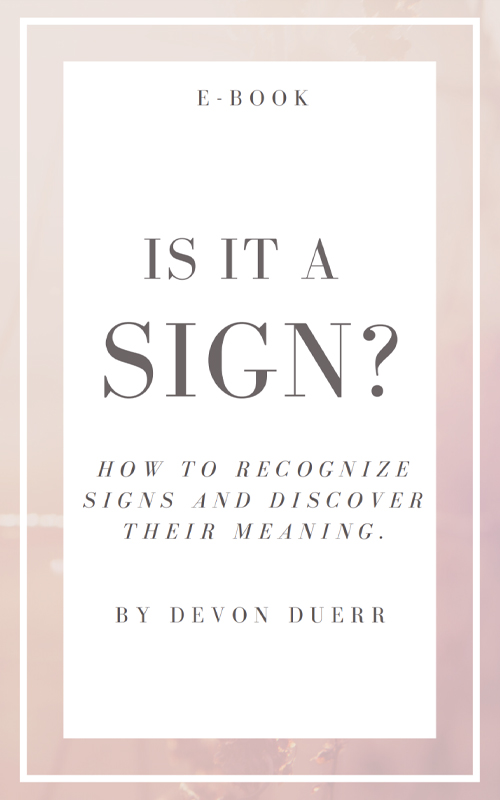